How Do Solar Panels Work?

With over 86% of Australia’s electricity being generated by traditional non-renewable energy sources, it’s not surprising that more and more homeowners are exploring solar energy as an alternative source for their electricity needs.

In this article, we’re going to understand what is meant by solar energy and, at the same time, take a look at how solar panels work. So you can decide if solar energy is suitable for your home.

What is solar energy?

In simple terms, solar is the most abundant energy source on Earth. It produces 173,000 terawatts (trillions of watts) of solar energy that strike the Earth continuously, which is more than 10,000 times the world’s total energy use. And this energy is entirely renewable, well at least, for the lifetime of the sun.

By capturing the sun’s energy and turning it into electricity for our homes or businesses, solar energy can be a crucial solution in combating the current climate crisis and reducing our dependence here in Australia on fossil fuels.

How does solar energy work? 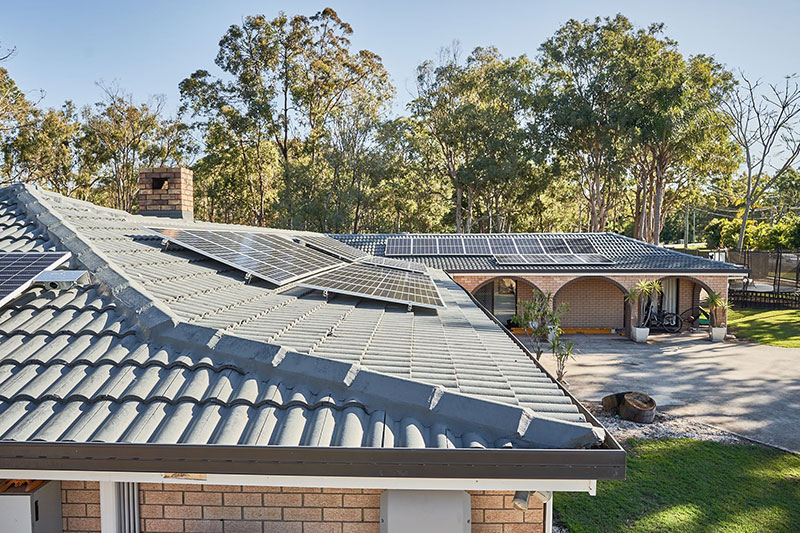 Best described as a giant natural nuclear reactor, the sun releases tiny packets of energy called photons that travel the 93 million miles between the sun and the Earth in about 8.5 minutes. Every hour, enough of these photons impact our planet to generate sufficient solar energy to satisfy global energy needs for an entire year theoretically.

In Australia, even though one in four homes have solar panels fitted to their roof. The current use of solar energy is low, with solar power accounting for only about 0.1 per cent of the country’s total primary energy consumption.

However, with solar technology improving and the cost of solar panels becoming more competitive, our ability to harness the sun’s abundance of energy is on the rise.

How do solar panels work? 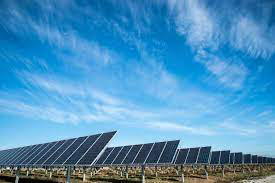 When photons – tiny packets of energy hit a solar cell, they knock electrons loose from their atoms. Then if the conductors are attached to the positive and negative sides, it forms an electrical circuit. Then when the electrons flow through such a circuit, they generate electricity.

Solar panels are made up of multiple cells, and multiple panels (modules) can be connected together to form a solar array. The more panels you have, the more energy you can expect to generate.

How are solar panels made?

The most common photovoltaic (PV) solar panels are made of many crystalline silicon solar cells that act as semiconductors. They are constructed with a positive and negative layer, creating an electric field, just like in a standard household battery.

How do solar panels generate electricity?

AC electricity was chosen by the Australian electrical power grid, primarily because it is less expensive to transmit over long distances. However, as we mentioned, solar panels create DC electricity. So how do we get DC electricity into the AC grid? Well, we use an inverter.

What does a solar inverter do?

A solar inverter takes the DC electricity from the solar panel system and uses that to create AC electricity. Inverters are really the brains of the solar system because, along with inverting DC to AC power, they also provide ground fault protection along with up to the minute system stats, including energy production and maximum power point tracking.

When a central inverter is used, having a problem with a single solar panel (maybe it’s in the shade, gotten dirty or damaged) can drag down the entire system’s performance. However, micro-inverters, such as the Sunny Boy 3.0-5.0, make this a non-issue. If one solar panel has an issue, the rest of the solar system will perform to maximum efficiency.

How does a home solar panel system work?

Solar panels absorb the sun’s energy throughout the day. The panels then convert the energy to DC current, which flows to the inverter. The inverter then transforms the electricity from DC to AC, which you can then use to power your home. As a process, it’s beautifully clean and straightforward, and it’s getting more efficient and affordable all the time. 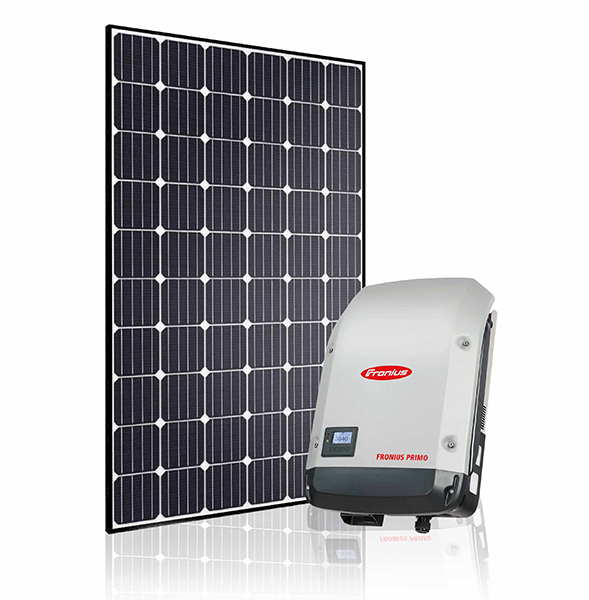 Below are some of the frequently asked questions about solar energy for homes or businesses. If there are any other things you’d like to know about solar power or having solar panels installed, contact the team here at Symons Energy.

Do solar panels work when the sun’s not shining?

The quantity of power a solar energy system generates is dependent on sunlight. As a result, they will produce slightly less energy when the weather is overcast and no energy at night. However, because of high electricity costs and the renewable power incentives available, solar is a wise decision even if you live in a cloudy city.

What size solar energy system should I get?

The size of your solar energy system will depend on how much electricity you use monthly, as well as the weather conditions where you live. Take a look at your past electricity bills and talk to a CEC Approved Solar Retailer like Symons Energy to determine the best system size for your needs.

How do I choose a solar panel installer?

There are a few criteria that everyone should use when choosing a solar panel installer. Confirm that they are a Clean Energy Council accredited installer and insured, have relevant experience, and can provide references. All CEC installers are pre-screened to ensure that they meet the highest quality standards.

If you’d like to learn more about how solar panels work or if you’re considering installing a solar energy system for your home throughout Brisbane and the Sunshine Coast, call 1300 764 162 and let us arrange a FREE quote for you.

Get A Quote Today!